A Deep Dive into the World of Robotic Systems

BOS ROBOTICS designs systems and manufactures any tailor-made automation system for a wide range of products in the industry to optimize the customer’s production. 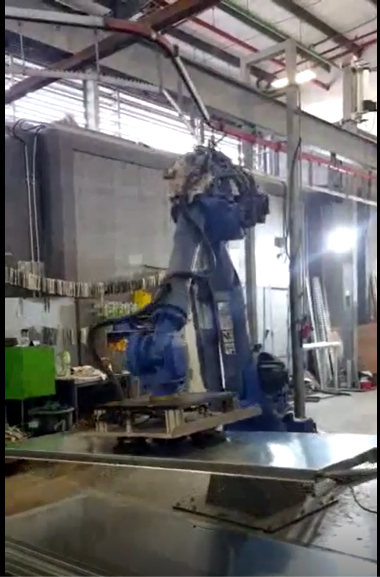 A Deep Dive into the World of Robotic Systems

A robotic system is the automation of the manufacturing process of products, which reduces the time and effort associated with the whole process. The system consists of mechanical devices that can substitute for human labor using the same or alternative methodology. This, in turn, saves resources that can be allocated to other areas of production. Most of the major companies with production lines are using robotic systems for better effectiveness and efficiency. Robotic Systems consist of smaller components of mechanical and electrical devices.

For most of human history, manual labor and animal labor has been the most prominent method of accomplishing physical work. However, the tools and resources for automation and mechanization have been in existence for many centuries. But the significant expansion and change in human culture came only in the 19th century, which is known as the industrial revolution. The concept of robotic systems dates back to the classical era. Many inventors of those times tried to create mechanical devices, most famously, automatons. There weren’t any electrical devices and electronics since electricity was discovered within that time. Lack of electric devices has been one of the main hindrances of the development of Robotic Systems. In spite of that, the idea of mechanical automatons was an attractive concept for inventors at those times. Many tried and failed at building automatons. Only a few succeeded, that too, partially. It has often been assumed that someday, mechanical or devices advanced than that will mimic human behavior and perform tasks in a human-like fashion.

The implementation of the whole robotic system depends on various matrices. One of which is the available technology and resources. During classical times, famous inventors and scientists had conceptualized the idea of automatons that mimic human behavior. But they lacked the efficiency of the devices existing today. Many of their ideas couldn’t be implemented because of the limitations of technology at that time. Since then, there have been many technological advancements in robotic technology, and the expense for building a Robotic Systems has dramatically decreased. These are the main factors of the exponential increase in the implementation of Robotic Systems.

Robotic systems allow executing various operations, including environments too dangerous for humans, manufacturing processes for assembly lines, and places where human survival is impossible, i.e., underwater, extreme heat, space, etc. Also, Robotic Systems have a significant advantage in doing heavy-duty tasks with extreme precision and repeatability. This enables manufacturers to create and manage products that have superior quality than those manufactured using conventional methodologies. As time passes, robotic systems are improved in their robustness to mechanical disturbances and achieving higher control performance. Nowadays, all major production companies have robotic supply lines. Otherwise, the cost of production will be financially impractical and also too time-consuming.

There are three major categories of robotic systems, each with its distinct purposes.

Most renowned is the robotic manipulation system. These are the most commonly used systems in most manufacturing industries in the world. These systems consist of multiple robotic arms that have 4 to 6 axes and various degrees of freedom. These various maneuvering capabilities facilitate their reach at different angles. These robots can execute multiple operations, including material handling, removal, and welding, with incredible ease and accuracy.

The other type of Robotic Systems is tasked with acquiring data and controlling the dataflow. They are focused more on software than hardware. Business and engineering institutions use these kinds of systems for their software.

Despite the advancements in robotic technologies, there are still some tasks that are done by humans that cannot be replaced with robotic systems. For example, there are many tasks or jobs that require flexibility, creativity, adaptability, and decision-making. These tasks are better suited for humans than for robots. The ultimate quest should be to find the best combination of human involvement with robotic systems. This led to the development of a new method of implementing Robotic Systems. This necessary optimization has led to the development of collaborative Robotic Systems with human involvement, where humans and robots share a common work environment.

Some international organizations launch competitive programs that promote and inspire flexible collaboration between robots and humans that have better effectiveness than robots or humans alone. The most popular concept is that of an exoskeleton that assists human body movement. This will be extremely helpful for construction workers and other labor-intensive job workers. Another popular notion is that involving data possession and control robotics systems. Little widgets the size of hand watches are ones that facilitate humans on a personal level. They enhance the experience of humans. These are the two categories of Robotics Systems that are applicable on a personal level. But on a corporate and business level, all of the categories are implementable.

Robotics Systems have a significant impact on our lives, more than we realize. Although many people are fearful of the rapid advancement related to this industry, thinking that these machines will steal all the tasks involving physical labor. But, technological advances are inevitable in this world. It is better to adapt to these changes than to resist it.

There have been many predictions made about the future of Robotic Systems. One can never be sure of what the future might bring. All we can do is see what’s in store for us in the future. 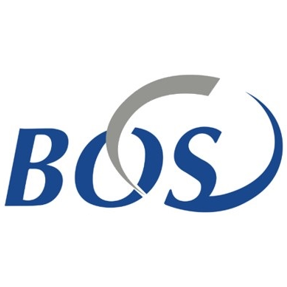 BOS ROBOTICS designs systems and manufactures any tailor-made automation system for a wide range of products in the industry to optimize the customer’s production.

We are happy to consult, answer questions and help you take your company to the next level. Fill in your contact information and our representative will get back to you shortly.